Since joining UMBC 26 years ago, Ali Shahegh has played a central role in Residential Life. His kindness and positive attitude inspires all those around him, and his vast expertise in procurement and business processes is unparalleled.

Over his career, Shahegh has navigated procurement guidelines with skill and grace. Responsible for procurement for a $24 million budget, he has adeptly managed and prioritized the needs of more than 40 staff. He always places the interests of the university and its community first in his work, ensuring all fiscal responsibilities, no matter the size, are handled with the utmost attention to detail. He is the epitome of reliability and efficiency in his work and recognized by faculty, staff, and students for his excellent customer service. His quiet strength and calm, reassuring presence has earned him a reputation as a trusted team member and someone who will offer sound advice and impartial judgement.

He has received bachelor’s degrees from Arkansas Tech University and UMBC.

Through her tireless commitment to exceptional service to the campus community, Valerie Thomas has transformed the Human Resources department into a model for institutional excellence.

Since joining UMBC in 2002, Thomas has focused on building positive relationships with all faculty and staff by strengthening the services and support offered by the department. Her customer service focus has resulted in key business process improvements, enhanced employee rewards and recognition programs, and training and professional development opportunities. She has also played a critical role as a leader and partner in supporting institutional priorities. With her knowledge and guidance, UMBC implemented several important initiatives centered on health and wellness. She co-chaired the task force to implement a smoke-free campus policy. She was also responsible for the creation of UMBC’s Wellness Initiative to educate the community on the importance of making healthy choices and assisted in the development of complementary resources, programming, and events for faculty and staff.

Thomas has been a staunch advocate for work/life balance, encouraging the campus to adopt alternative work arrangements to support employees and allow for more accommodations. Today, UMBC is recognized by the University System of Maryland (USM) as one of the most family-friendly institutions in work/life balance policies for faculty and staff.

At the System level, she has been a key subject-matter expert for the Labor Relations Board and her knowledge and expertise were critical during the negotiation of factors impacting UMBC’s bargaining unit employees. In response to the impact of the 2008 financial crisis, her collaborative work with executive leadership, shared governance, and bargaining units resulted in a fair and minimally intrusive furlough plan for employees. The successful implementation across UMBC was recognized by the University System of Maryland Chancellor’s Office as one of the most effective and efficient processes and was recommended for use at all other USM institutions.

Thomas holds a B.S. from North Carolina Central University and an M.S. from Coppin State University.

Marc Zupan joined the UMBC faculty in 2003. His career at UMBC has been marked with high praise for his excellence as a teacher, advisor, and mentor. By infusing real-world applications with innovative instruction, he prepares students for meaningful careers and personal and civic lives.

Zupan is deeply invested in helping students excel. He believes in a complete and fully developed engineering education by challenging students to not only master the fundamental and advanced technical skills of the discipline, but also to become expert in communication, teamwork, and cultural awareness. His global engineering program exemplifies this approach through a creative curriculum that balances technical proficiency with cultural and communication skills to prepare students for successful careers in the global arena. Zupan’s bold vision for collaboration, paired with a steadfast commitment to his students, has strengthened the department and inspired more global programs across campus.

Many alumni credit their successful careers to Zupan’s teaching and mentorship, which has resulted in top job placements for graduates of his program and acceptance into some of the most prestigious engineering doctoral programs in the country. Past and present students often remark on the valuable experience gained from his course projects, internship opportunities, and international exchanges. Zupan’s blend of industry experience and commitment to lifelong learning has given his students an excellent head start in developing critical career-building skills in global engineering, and has offered concrete tools and pathways for achieving success.

He received his B.S. from University of Dayton and his M.S. and Ph.D. from The Johns Hopkins University.

Upal Ghosh joined UMBC in 2002. During his tenure, he has been instrumental in creating a thriving graduate program in the chemical, biochemical, and environmental engineering department. His work has attracted significant research funds and has not only advanced the research profile of the university, but also created an environment that fosters the development of new approaches in environmental assessments and remediation.

He has mentored a diverse group of post-doc, graduate, and undergraduate students who investigate the lifecycle, effects, and remediation of toxic pollutants in the environment and their impact on human health. Ghosh, along with his research group, averages four to five journal publications per year. His contributions to the field can be found in frequent citations of his research by others, including Environmental Protection Agency (EPA) guidance documents and actions and public notices.

Ghosh’s research has secured nearly $8 million in grant funding from several agencies, including the National Institutes of Health, EPA, Department of Defense, and the private industry.

His revolutionary work has led to an international reputation as the foremost expert in his field with regard to assessing pollutant fate and pollutant bioavailability. Specifically, he is noted for the development of an original remediation technology, known as SediMite™, which allows activated carbon to be introduced in some environments. Building on the success of his novel research, Ghosh partnered with a private group to form Sediment Solutions, a startup that licensed his patented research from UMBC and manufactures, markets, and implements the new remediation technology for commercial applications. Ghosh received his B.Tech. from the Indian Institute of Technology and his M.S and Ph.D. from the University of Buffalo.

Solar power is a clean, renewable energy that is an effective supplement for existing power sources and ideal for harnessing electricity in remote locations, according to its advocates.

Solar energy, or photovoltaics, is an abundant renewable resource that produces no pollutants or greenhouse gas emissions. According to the United States Environmental Protection Agency, using solar power to supply a million homes with energy would reduce CO2 emissions by 4.3 million tons per year – the equivalent of removing 850,000 cars from the road.

Solar power is an excellent energy source to provide remote locations with power, according to the Solar Electric Power Association (SEPA). The technology is highly reliable, requires little maintenance, and is more cost effective than laying the required high voltage wires for fossil fuel power plants.

Photovoltaics are also a smart solution for small or intermittent electricity needs. Many areas in the U.S. have already invested in solar energy to pump water, power communications equipment or highway construction signs, and a myriad of other small electrical uses that traditional power grids are unable to reach, SEPA says.

In a residential and small business environment, solar power can help reduce electricity costs. The power created by solar panels offsets utility-supplied energy consumption, and in instances when the system generates more electricity than being consumed, homes and businesses can accrue credit from utility companies.

The increased use of solar energy as a supplement for existing power has provoked construction manufacturers to begin developing roofs, canopies and windows with photovoltaic technology to help ease the integration of solar power in homes and office building, SEPA reports.

The government is also increasing its support for solar energy. With the Energy Policy Act of 2005, homeowners and businesses who install solar energy systems will receive a tax credit worth 30 percent of the system cost (homeowner tax credit is capped at $2,000). Maryland currently offers grants that cover 20 percent of solar power system costs. The grants are available to residents, businesses, and local governments.

Solar power is not limited to individual applications. Large-scale solar thermal technology, known as concentrating solar power (CSP), converts the sun’s energy into high-temperature heat which is then channeled to an on-site power plant and used to make electricity through heat-conversion. Solar thermal plants are capable of generating more than 300 megawatts of electricity.

Other technological advances in solar energy include replacing silicon – the material used to absorb sunlight and convert it into electricity – with a thin film of copper, indium, gallium and selenium (CIGS), which would reduce material costs. With newer technologies on the horizon, engineers expect solar energy to be price-competitive with fossil fuels within 20 years.

However, despite advancements in research and technology, costs today remain significantly higher than other existing power sources, say opponents of solar energy. According to experts, solar power costs 25 to 50 cents per kilowatt-hour – as much as five times more than conventional fossil fuel-based electricity. Current average U.S. residential power prices are less than 10 cents per kilowatt-hour.

For more information about solar power and its applications, visit the Solar Electric Power Association’s website. 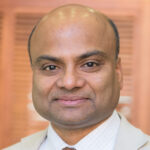 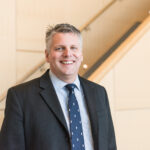