Maryland’s young bioscience industry is growing up. In the past 10 years, the number of bioscience companies in Maryland has grown from 218 to 407 and private bioscience employment grew from 14,000 to 23,000.

Venture capital for biotechnology is growing too. According to a report by PricewaterhouseCoopers, Thomson Financial and the National Venture Capital Association, in 2007, 180 Washington and Baltimore companies received nearly $1.3 billion in venture capital – making this region the nation’s fifth fastest-growing area for venture capital funding in the last decade.

But, despite the presence of a few large companies such as MedImmune, BD Diagnostic Systems, and Martek, Maryland’s bioscience industry is still mostly small firms in earlier stages of growth that are not yet turning a profit. Two thirds employ less than 10 people.

And growth is what venture capitalists are looking for. Many investors are reluctant to pour money into early stage, unproven research. However, without adequate funding small bioscience firms cannot convert their research into later stages of development, and ultimately, a potentially life-saving drug or treatment.

Although venture capital in the region has grown exponentially, the Maryland bioscience industry has yet to see major investment from global venture partners like New Enterprise Associates (NEA). Aside from a handful of success stories, a majority of small bioscience firms are often overlooked as viable investments.

It’s the new bioscience companies that are taking all the risks. These researchers put their careers – and personal finances – on the line, leaving the security of a top-rated research university, in a hope that their gamble will pay off.

The state and private sector needs to offer support to these companies, including tax incentives, seed and venture capital, access to patents, and business mentors.

If you would like more information on the importance of venture capital funding to small bioscience firms in the area, or on bioscience public policies the GBC supports, I can set up an interview with our president and CEO, Donald Fry.

Donald C. Fry is president of the Greater Baltimore Committee, an organization of business and civic leaders in the region that supports efforts to strengthen the region’s bioscience industry. 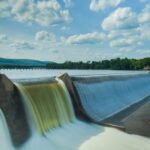 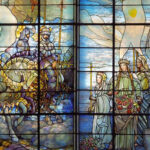 A day in the life of our Tiffany Award winner 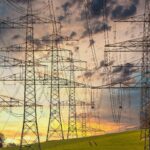